Her name is JoJo.  She is my hero.  Though born with lagniappe, “a little something extra” – Trisomy 21, more commonly known as Down syndrome, she has never known the meaning of the words “can’t do”. She never will. While unexpected, Down syndrome is not a disease. And it not a disabler.

JoJo is my almost birthday buddy (some 52 years apart) and owns a large part of my heart. Actually she shares that with her brother, Phillip, who, in my unbiased opinion, is one of the finest big brothers I have ever known. His story is one for another day.

When JoJo arrived on the scene on June 22, 2007, Steve and I knew her family through (surprise) the Music Ministry at FBC Jackson.  We were speaking friends with Allison and Andy, nothing more. “Involved” and “engaged” really under state their involvement in life – full-time professionals, time invested in Boy Scouts, Sanctuary Choir, orchestra, Worship Band, doing arranging, occasionally playing hand bells. Busy. You name it – they do nothing with half a heart. They give it everything, and that is ever more true when it comes to their kids. And, in what their kids do for others.

JoJo’s arrival created some new opportunities. Some things, especially early on were on JoJo’s timetable. The good news in that for me was that God apparently had Steve and me in the plan. From the first time I held her maybe a week after she was born, I was smitten. JoJo did not need me, but I sure needed her.

Things started with us keeping JoJo (and soon after Phillip with her – he liked the idea of hanging out here on Sunday nights) so Allison and Andy could go to church and get out a little since the nursery was not yet an option. Were we ever entertained! Phillip helped. Steve’s Mom loved to sit and hold her . Even Lucy, our Boston Terrier (who now JoJo keeps at arm’s length because Lucy plays too hard) would protect her. It was amazing. It was fun. It was love – pure and simple.

JoEllen taught me many things.  We read (I know “Goodnight Moon” by heart), watch movies (also know all the lines to “Toy Story 2”) and play Barbie’s. We count and sing our ABC’s and play electronic games (she is MUCH better at that than me – and she plays the same games Phillip does and with as much gusto). We swim and swing and hang out. Some days, I take her to school and even have kept her at times when she was not able to go. She is tough – manages her space, understands boundaries, and likes, with me anyway, to negotiate. She certainly gives me more choices of things she likes to eat – unlike her brother who is pretty tied to pepperoni pizza and Dr. Pepper – JoJo eats veggies and chicken and hot dogs and pretty much whatever we are having. And she taught me, again, about unconditional love. She truly was part of my emotional healing after my breast cancer experience.  I shall be forever thankful that God allowed her and her family into our lives.

She will be starting a new school this fall. It will be an adventure. There will be adjustments. But she will make friends and she will be successful. And she will continue to give from her heart. Jesus called all the little children to come to Him. God honors her and her gifts to us for now and in the future. She will be my hero and a hero to others for her entire life.

See that you do not look down on one of these little ones. For I tell you that their angels in heaven always see the face of my Father in heaven. 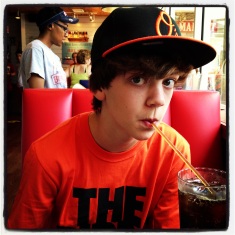 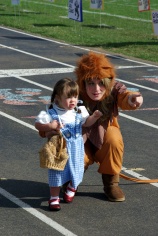 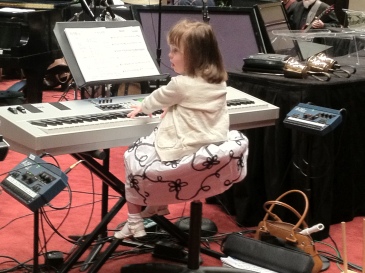 PT and JoJo – Brothers Will Be Brothers 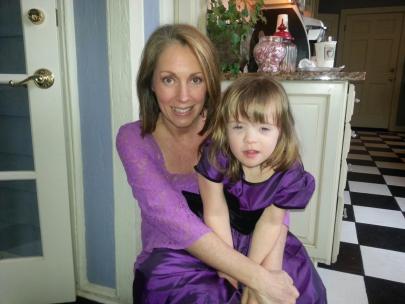 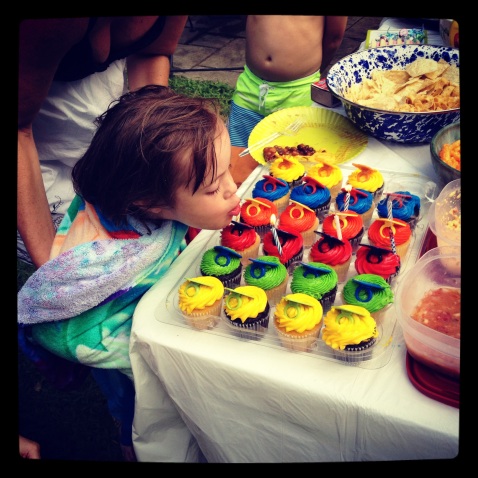 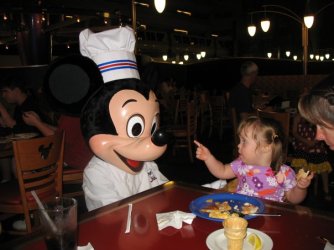 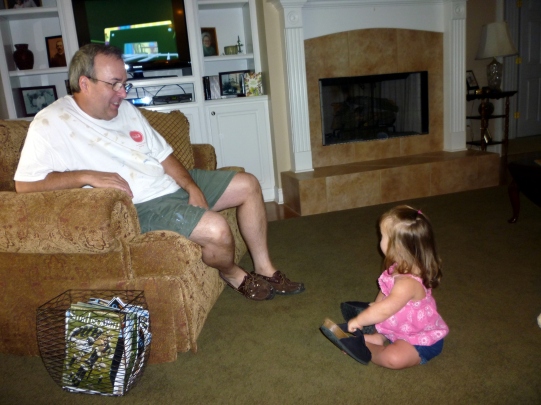 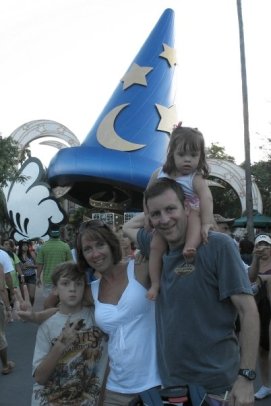 March 21st is the 8th annual observance of National Down Syndrome Day. 3/21 is not an obscure setting of the date of this observance. A person with Down Syndrome has a third occurrence of chromosome 21 (thus 3/21). Some of friends talk about how that extra chromosome “rocks”.  I am inclined to agree.
This year, the National Down Syndrome Congress’s tag line is “We’re More Alike Than Different”.  Having a “heart” reason to really learn as much as I can about this condition (it is NOT a disease), I find that to be true.
The best explanation I have seen of this in this video that was done by the Down Syndrome of Greater Kansas City. Be enlightened and encouraged.