What happens when you take a late afternoon nap ( on vacation, right?)! You don’t go to bed until after midnight! And then about 4am, no doubt about it, the emergency alarm system comes on and tells you to get out of the building! We gathered our passports and such and a jacket and hit the stairs. We ended up with a nice walk along the river back to the front of the Hilton (wanted to do that anyway) to see that indeed there was a firetruck parked out front. Got the all clear within about 10 minutes and headed in to wait for the lift back up.

I will say this: no one panicked. No one was rude. The hotel staff apologized in person and in a letter under the door this AM. They even told us what happened – an alarm in the kitchen that had to be investigated. Needless to say, we slept in this morning.

This has happened to Steve and me before – at The Virginian in Arlington VA, at Sea Chase at Gulf Shores (twice) and now in Belfast. Ah the joys of travel!

It is a “fine day” here as the Irish would say. High temp is supposed to be about 65.

Today was our all day tour with Susie Millar, great granddaughter of Thomas Millar, engineer for the White Star Line that sailed on Titantic. Weather was fine. Tour was shared with a couple from San Francisco.

The day started with a short trip down the Coastal Route to Carrickfergus (fort of Carrick) to see the thatch roofed cottage where Thomas Millar’s son watched his dad sail away from Belfast Lough never to return. This son, named William, went on to be an acclaimed writer in NI.

We then went to the Harland and Wolff shipyards and saw the slipway where Titantic and sister ship Olympic slipped down the gantries into Belfast Lough. We were able to look into the windows of Drawing Office #1 where the final plans were rendered. Olympic set the class standard for Titantic and was turned over the day Titantic was launched. Additionally we saw the Nomadic, tender to Olympic and Titantic, in restoration dry dock. It is the only surviving ship in the White Star Line.

We went to the house of Thomas Andrews, Naval Architect of Titantic (essentially the project manager). His former home is now the headquarters of the NI national football (soccer) team but the stained glass, main staircase, and plaster work are still in the house. You could see the possible influence of his personal residence on Titantic. He died a hero on Titantic and is well regarded by the folks from Belfast.

From here we went to Cathedral Quarter and passed St. Anne’s and had lunch at a modern locally sourced pub. The pub name was literally “Made in Belfast”. Very good. It should be noted that Belfast has five quarters – Titantic, Cathedral, Linen, Gaeltacht (Irish speaking) and Queen’s. Confusing math to say the least.

We rode through the IRA and the Loyalist sections of the city. I actually knew about the Red Hand of Ulster (Loyalists) from reading the history of the McHenrys. We saw many murals and it was interesting to put a visual location to all the things you read in the news over the years. While much calmer now, there continue to be occasional flare ups. Our guide said now this is more like gang activity like we hear about in the States. And around the word. Sad but it is everywhere.

We drove up to Stormant Estate where the NI Parliament meets. And the went to Bell Cave Country Park and Belfast Castle. Both of these were private properties that were not able to be kept up by the owners and were transferred to the NI people. I asked did they fly the flag over parliament when in session. The answer is no since what flag would you fly since the factions are all trying to live in harmony. Interesting that like in Mississippi, the flag is an issue.

From there we went to Belfast Castle – the estate is a venue for weddings, receptions, etc.

Tomorrow to Bushmills and Causeway Road to find our cottage, the local grocery, and recover from a day of driving on the wrong side of the road. Things are good.

I find it interesting that regardless of where we are, there are folks with issues. I have been encouraged here by the number of what appear to be active churches. I thought today often about the songs “Revival” and “Days of Elijah” from Robin Marks’ album Revival in Belfast. How I pray that is true and will be true in the hearts of the folks at FBCJ.

Like Loading...
September 3, 2012March 6, 2013 Cille Litchfield
We are here! Our room at the Hilton Belfast looks over the Lagan River. We can see the gantries of the Harland and Wolff Shipyards from our window as well (where Titantic was built).
The trip over was as uneventful as you could ever hope for. I can assure you that the lie-flat seating in Business Class of that 777 did not hurt. So far our experience with our NI friends has been pleasant – the cabbie whistled all the way to the hotel; the bellman gave great local info; the fellow from room service apologized for a screw up that delayed our order AND took the room service charge off our bill without being asked, and the meal, when we got it it, was outstanding – fish and chips with “mushy peas” (their description but it fit). We have figured out the converters and how to get to the web and crashed.
I guess I am surprised that Belfast is not all that big and the George Best City Airport where we landed had maybe only 7 gates. There is an international airport here also further out, but except for the landscape I thought maybe we were in Jackson Hole (last place I landed in a big plane at a very small airport). From the air NI is amazingly green.
Mom – I could tell the sea below us was calm and there is an amazing hot water kettle in the room. Dad – no cousins yet!

Photo below is Lagan River from our hotel room about 6 PM Sunday Belfast time. Yes Dad this was taken with my iPad through the hotel room window!

I am posting this early Monday morning 6AM local time. Today we tour Belfast with Susie Millar, great grand daughter of the engineer who helped build and then sailed on Titantic.  It is an all day thing and it is supposed to be a top notch view of everything Belfast. Can’t wait.

Today ends one chapter and begins another. It is my last day to work full time after 35 years plus. Seems like yesterday when I started as a very green systems engineer with Burroughs Corporation. I am leaving my dream job – strategic leader of a very large technology organization for the State of Mississippi. God has been very good to me. It has been a very successful run but He is now allowing me to move on to other things.

Tonight we celebrate my parents 60th wedding anniversary. We will celebrate at Tico’s in Ridgeland but it began all those years ago on Capitol Street at Central Presbyterian Church. Their reception was at the Robert E Lee Hotel (which now is a state office building and houses a portion of the State’s technology infrastructure – ironic for sure). Mom and Dad have been and continue to be examples of servants and mentors to us, their grandchildren, and countless others. We are so thankful to celebrate this occasion!

Tomorrow Steve and I leave for one of the things on my “bucket list”. We are going to Northern Ireland. We will be staying most of the time we are there in a cottage in County Antrim about a mile from the Giants Causeway. The McHenry’s came from here way back when. If the research is correct, a fellow by the name of John McHenry migrated from here to the US in 1725. He was a 4th generation McHenry. The first, Daniel McHenry (literally “Son of Henry”) was born near the south end of Giants Cuaseway.

The photos below taken by my cousin George McHenry are places we will see. It will be a great adventure! 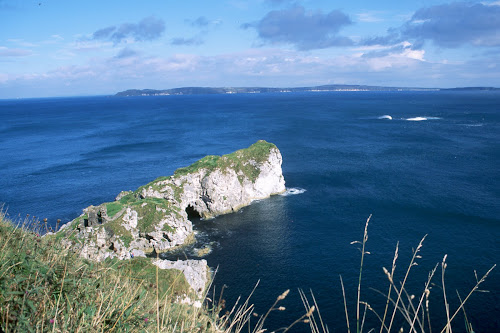 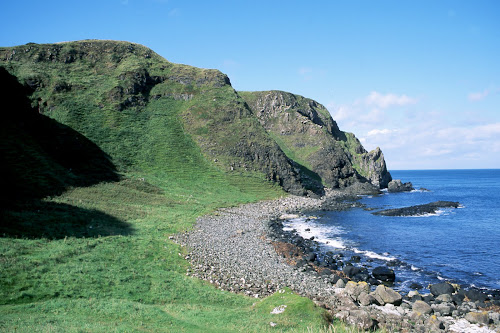 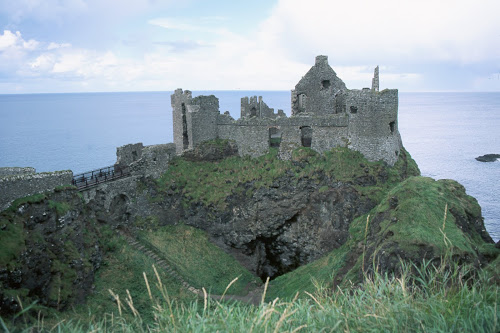 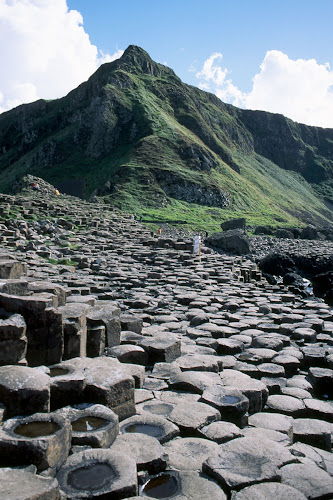 I’ll post more as we go. Today we celebrate my parents long and loving marriage and my career. Tomorrow, starts whatever is next. God still has a plan for me. Jeremiah 29:11-13 is more real to me today than ever before. I am grateful.